Find out the quality of your CSS code

Last year I wrote an article about tools for auditing CSS. If you are a CSS lover, I bet you have heard some of those.

But did you know there is a tool called CSS Code Quality that is free to use and gives your CSS a score?

CSS Code Quality is a tool made by Bart Veneman. As Bart says in his blog post, “think @____lighthouse, but for CSS specifically.”

After you submit either your URL or CSS code, you get the scores for the following:

The maximum score is 100. Like the Lighthouse tool, your code is doing great if you get the green scores. 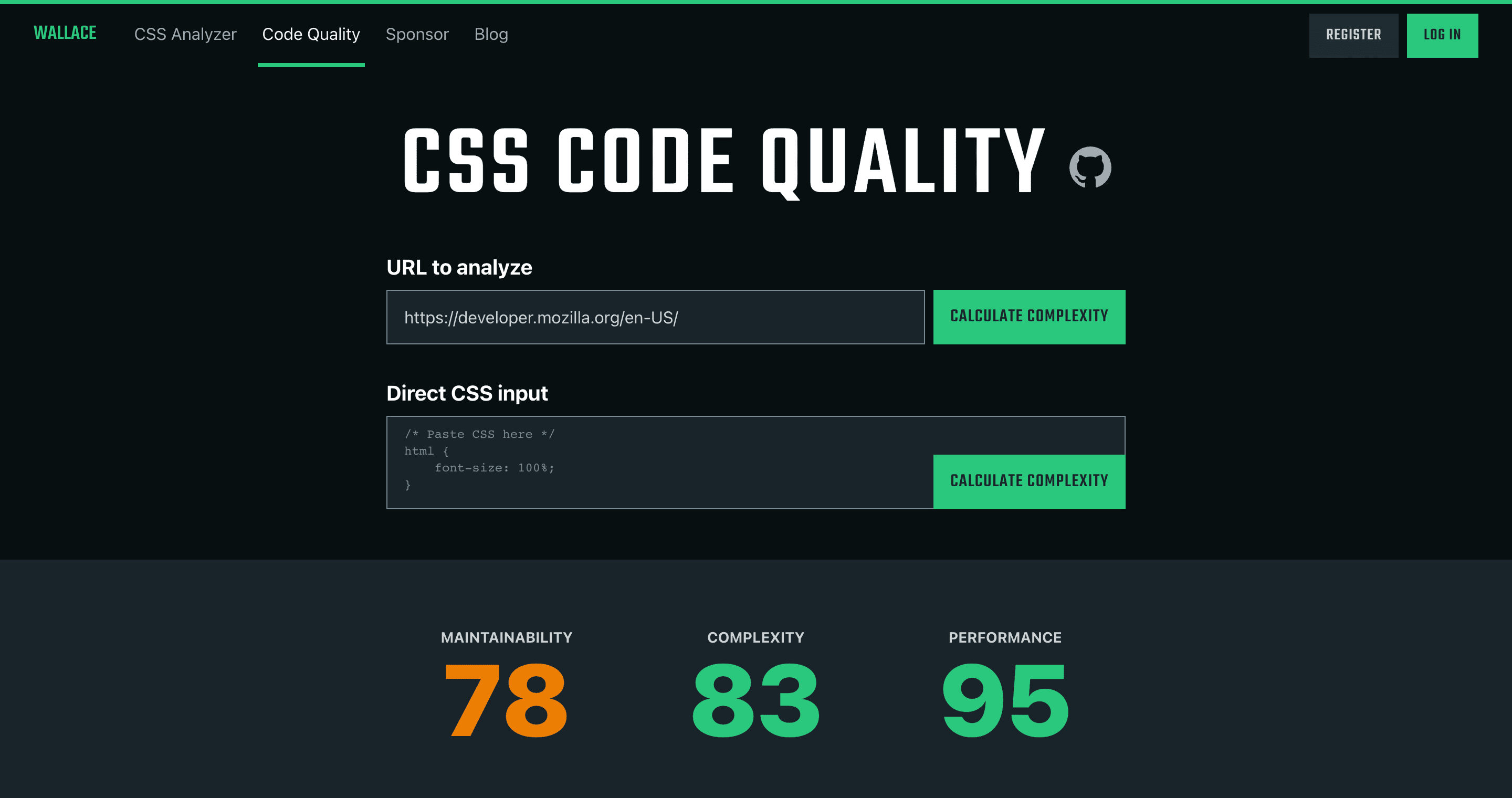 I wouldn’t mind seeing a legend telling you that 100 points are the maximum, though.

For every test that fails, your score gets lower. You can see the results for each test in the score breakdown.

There are twenty different tests at the time of writing, from checking the usage of @import in your code to checking the number of declarations in a single ruleset. 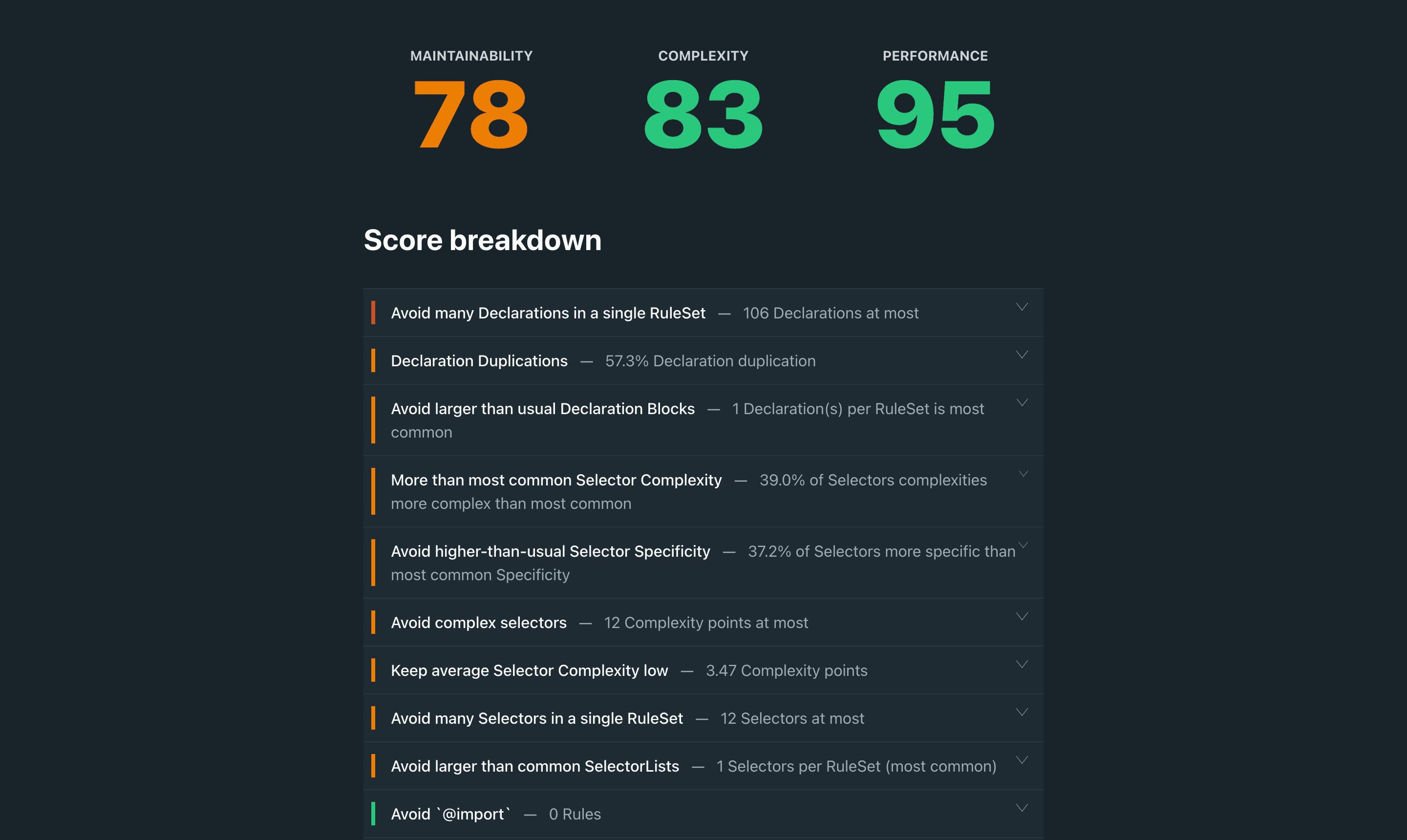 It would be great if you could see these test fails highlighted in your CSS code somehow, but this information is helpful as it is already.

You could even download the results as a JSON file for future reference.

Writing good CSS is hard. At least now we could get a sense of how good or bad we are at it. So check CSS Code Quality today and improve your CSS!

Silvestar is a frontend UI developer who enjoys creating pixel-perfect, responsive, and modern websites. Making faster, lighter, and more secure sites using WordPress or Static Page Generators is his speciality. When he is not coding, Silvestar likes to write articles on his blog.

We are working hard to publish new reports and blog posts as soon as possible.